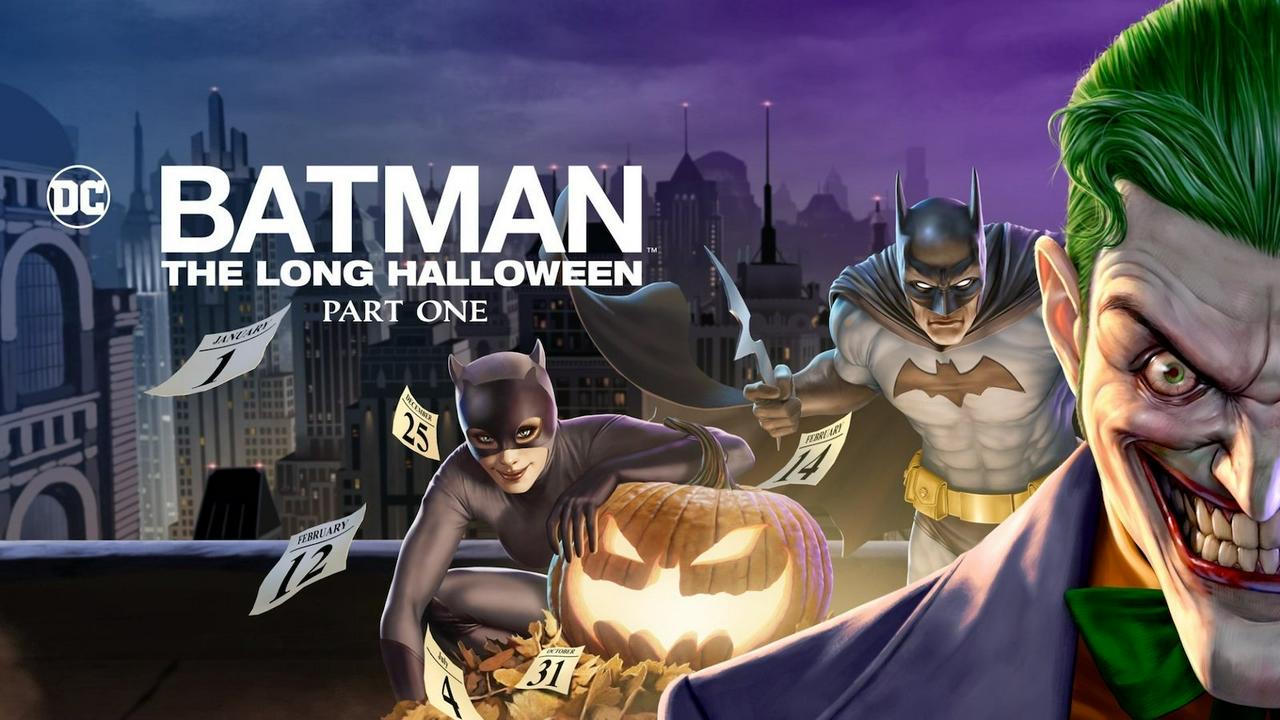 I recently watched “Batman: The Long Halloween”, a 3 hours long animated movie based on the graphic novel of the same name, and I was extremely disappointed by the lack of imagination displayed in it.

The beauty of comic books is the amount of freedom the artist can have. There are rules but often the best work happens when those rules are broken. Look at the work of Frank Miller as an example.

In his drawings the lights and the shadows are often wrong and not realistic. But the result are really powerful images.

They tried to reproduce this when filming the movie adapted from Sin City but it didn’t work as well. They got as close as possible, but every medium has its limitations.

Animated movies can push these boundaries a bit more: that’s why I was disappointed when I saw “Batman: The Long Halloween”. The animators decided to go more in the direction of an actual movie, than towards the comic books style. And that’s boring.

Look at this scene: 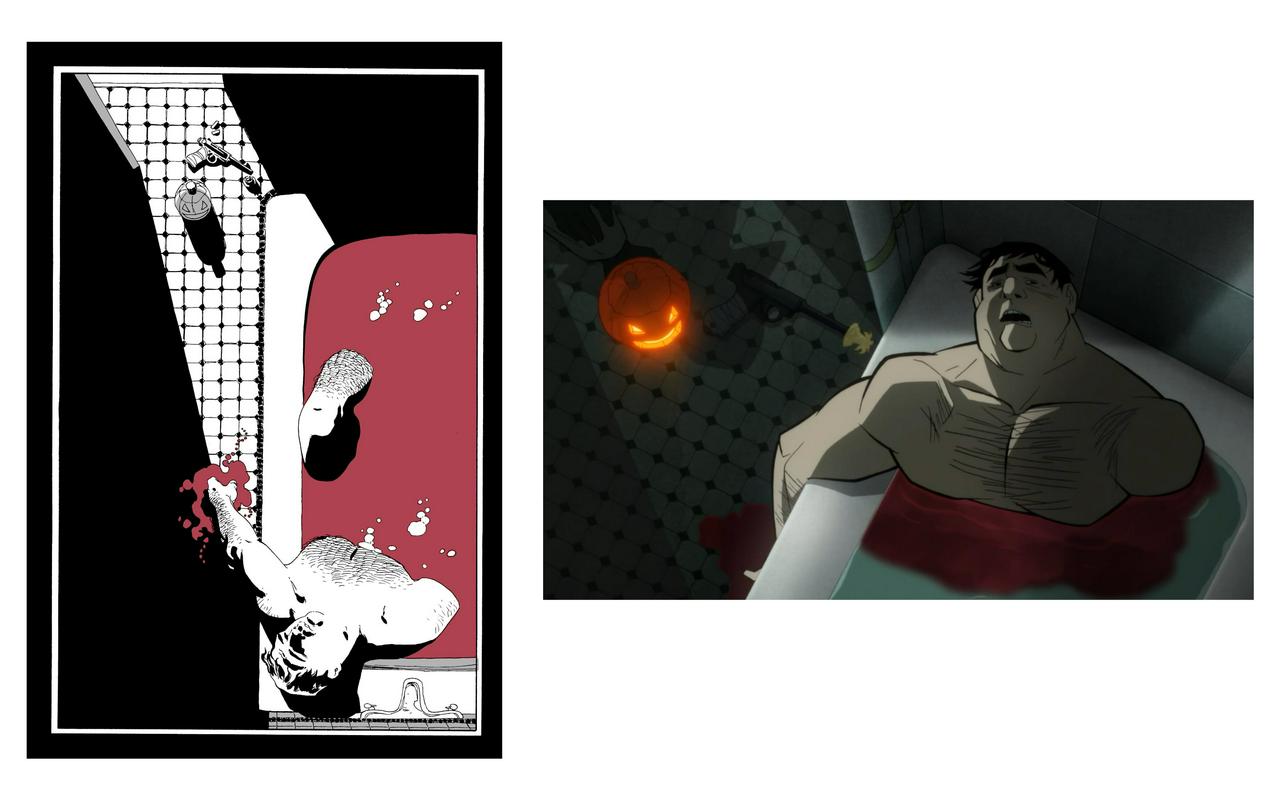 The image on the right is more realistic, the lights are softer, the blood spreads slowly in the water, etc. The question is: does it have to be? Those rules apply photography or film, not to drawings. Looking at Batman: The Long Halloween the only thing I could think about was something like “we wanted to make an actual movie with real actors but we couldn’t, so we did this, which we think is close enough. Everything would work exactly the same if there were real actors. The only problem is that they are not there.”.

They imposed on themselves limitations that don’t exist. On the same note, playing with the shadows and having Batman appear from the dark and mix with the shadows has being part of the character for ages but somehow the people that designed this movie completely forgot about it.

This is what we got: 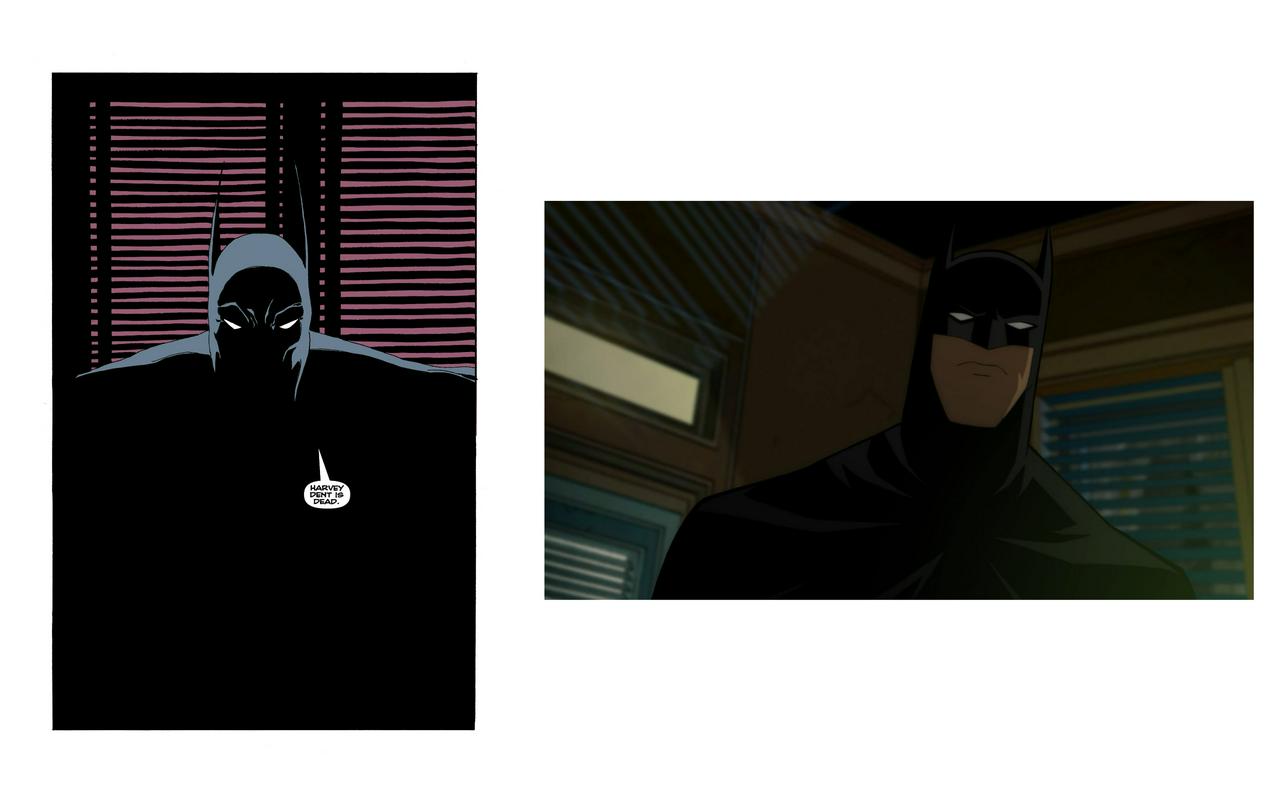 It just boggles my mind the fact that the best animated version of Batman is still a cartoon intro from 30 years ago.